I'm not going to explain in details how my audio/video system is done, but let's just say that I have a big computer flat monitor that act as my TV/Media center. I wanted to hook up my new acquisition to my monitor with a HDMI to DVI cable, no problem there.... The thing is, after the xbox logo appeared on my LCD screen, I instantly realised there was something missing; Sound. I have no speaker on my monitor. Well no promblem, just connect the component cable and hook up the audio to my amp. Well it's not that simple, the component cable plug is too thick to fit when the HDMI cable is plugged in the Xbox 360. I could have bought a dongle and spend money + time waiting for it to arrive or, figure something out with my cable. Here is what the plug looks like once you pry it open and remove the HD selector board; 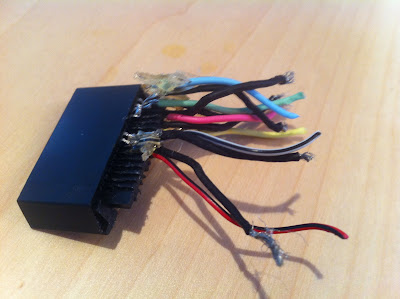 All you have to do after that is connect 2 pairs or wire for the Left and Right channels, Red + Black/ Ground and White + Black/Ground 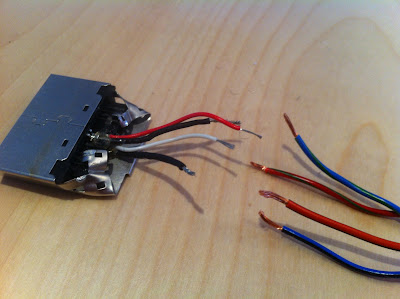 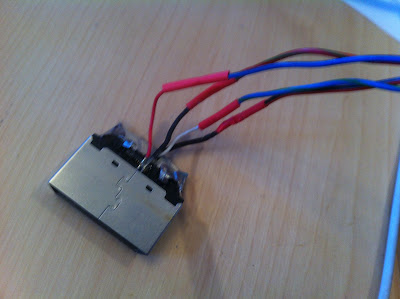 RCA jacks and finish this with a nice touch 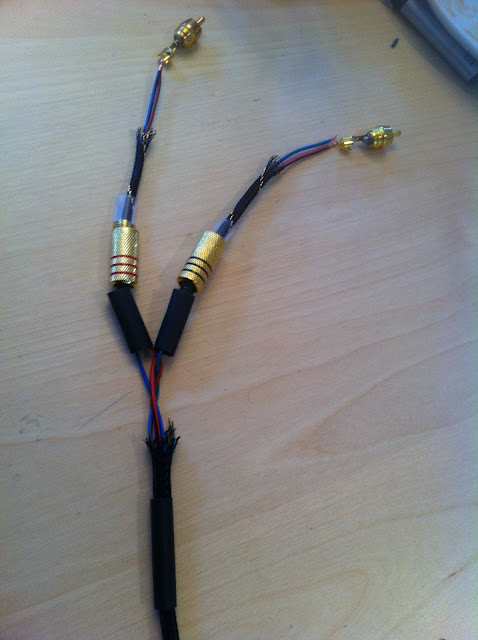 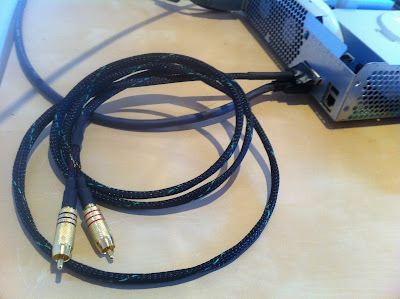 It fits now, and it works. You could just pry open the plastic case and leave all the wires, but I wanted a cleaner look and a slimmer cable to pass trought my wall.